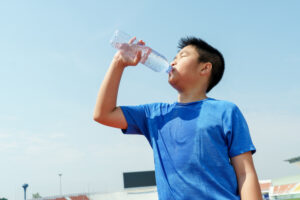 Children should walk more and do more exercise. My good friend May has always wanted to challenge the marathon 10km race. We agreed to train together once a week. Since she seldom exercises, I suggested her to start with a brisk walk first and try running only after she got used to it. After the exercise, we went to the convenience store to buy drinks and May chose sports drinks without saying a word.

” I see that runners bring their own sports drinks and they claim to be good for energy, so I drink them in my spare time, at least it’s better than soda! ” She took the drinks and was ready to pay at the counter. 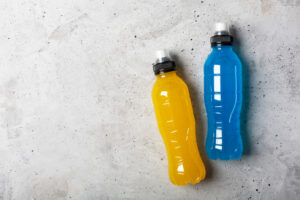 I said, “Hydration before, during and after exercise is very important, especially during long endurance sports, such as ball games and marathons, where a lot of water and electrolytes will be lost through sweat. It contains water and electrolytes, such as sodium, potassium and magnesium, which can be replenished during exercise. It also contains sugar, which can replenish the sugar consumed during exercise and reduce fatigue. The American College of Sports Medicine also points out that for people who exercise for one hour or more, drinking sports drinks may improve endurance and performance. However, if the exercise is less than one hour, the electrolytes and water consumed in the daily diet are sufficient to replenish the body and there is no need to drink additional sports drinks.